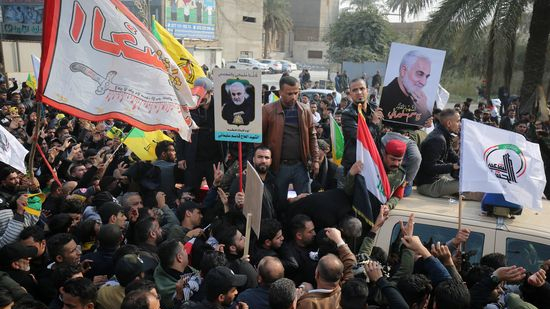 Tell Congress to Stop Trump Before
He Launches Another Destructive War

Progressive Democrats of America (PDA) and our partners have long opposed Neoconservative strategic designs on Iran—over its oil reserves and its role in Middle East power dynamics as well as its proximity to Russia.

Trump’s attack is illegal and an act of war. We must demand diplomacy and deescalation, before yet another war erupts. We must do all we can right now to prevent the needless suffering and death, the sacrifice of humanity and the horrific increased risk of conflict between nuclear powers.

Join us calling on the Congress to reassert its constitutional authority over war powers by passing a resolution demanding diplomacy and deescalation—and explicitly withholding authorization for any and all reckless and provocative abuses of military power before this crisis explodes into open warfare.

This is the crisis many have dreaded ever since Trump recklessly repudiated the multilateral nuclear disarmament deal and began threatening Iran. Of course this is just one of the countless outrages, abuses, and destructive actions Trump and his regime are perpetrating.

PDA is leading the resistance against the Trump Regime. Join and support the movement we’ve been building since our launch in 2004! We refuse to become Trump’s prey, and we need your help right now. Please donate generously to our Resist Trump Action Fund.

P.S. We need your help now. If you feel as we do, we hope you’ll use this action alert to stop Trump from provoking another war! Please sign up with Mike Fox to help organize with PDA.

No time to volunteer? Please donate $500, $50, or whatever you can afford now to help us stand up against Trump.