While Biden delivered a solid performance on stage before a crowd of 13,500 Democrats at the state party’s Liberty & Justice dinner, he was overshadowed and outshined by the candidate who just passed him in the polls — Pete Buttigieg.
At the massive state party event known for its catalytic effect on campaigns — it’s widely remembered as a turning point for Barack Obama’s Iowa fortunes in 2007 — Buttigieg captured the audience’s imagination, articulating a case for generational change.

“I didn’t just come here to end the era of Donald Trump,” Buttigieg said to a roaring crowd of supporters. “I’m here to launch the era that must come next.”

The South Bend, Ind., mayor’s speech offered an insight into his recent surge here, and why he is threatening to eclipse the former vice president in a state where Biden has been steadily losing ground since summer.

There are several Media narratives here at work in this one article.  The first is that Joe Biden is in decline, and there is evidence of this in the RCP average of polls for IA and NH.  Now, you don’t see this in the national poll averages, but we don’t do national primaries or caucuses.  My view is that while there is a decline for Biden in IA and NH, he is not done yet.  It will take an actual loss or two before we see how Biden is actually doing.  In other words, people need to actual vote.

Next, the other Media narrative is Buttigieg momentum.  Some outlets claims this happened because of the last debate, but it really is because Buttigieg has lots of money to invest in IA and NH.  And he has really invested in IA.

Buttigieg, by contrast, has muscled his way into contention in the first-in-the-nation caucus state by steadily building crowds and rapidly expanding his presence in the state. In the last month alone, Buttigieg has doubled his staff presence while opening 20 offices across Iowa.

Matt Sinovic, executive director of Progress Iowa, one of the largest left-leaning advocacy groups in the state, said Buttigieg generated considerable buzz with a recent statewide bus tour. He starts another on Saturday. But the Indiana mayor is also swamping his opponents in digital advertising, something that’s been hard to miss in Iowa.

But it remains to be seen if Buttigieg can expand his base.  But for now, it’s Buttigieg momentum time for the Media!

Third, hey!  I don’t see any mention of Bernie Sanders in this article?  Oh, yeah.  The Media is trying to maintain a news blackout on him.  That’s our other Media narrative:  Bernie who?

Finally, there is the other Media narratives of the candidates whose campaigns are on life support:

Kamala Harris announced she’s slashing staff and redeploying resources here. Cory Booker is barely hanging on after making a desperate plea for cash in September. And on Friday, across from the arena where Democrats gather for the Liberty & Justice gala, Beto O’Rourke announced his departure from the race.

Anyway, it looks like the Media wants a change in the previous narrative that Biden has it locked up, so here we go.  Democrats fight, fight, fight! 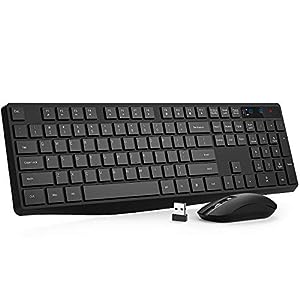