Looks like we now have a better idea how Rudy Giuliani and Trump zeroed in on Hunter Biden’s work as a way to attack his dad Joe Biden.  Both Hunter and Rudy Giuliani worked for a crooked Romanian businessman back in 2016.

The businessman was Gabriel “Puiu” Popoviciu, a wealthy Romanian real estate tycoon. The lawyer brought in to advise him was Hunter Biden, the son of then-Vice President Joe Biden, according to two people familiar with the matter.

First up, here is the setup for Popoviciu:

The case against Popoviciu was set in motion in 2005 when a businessman lodged a criminal complaint against him and the rector of a Romanian university relating to the sale of a 550-acre plot of land near Bucharest, according to documents from the European Court of Human Rights.

The businessman claimed Popoviciu had purchased the land for “significantly less money than it was actually worth,” the documents say. Further, the businessman alleged the plot wasn’t the property of the University of Agronomy, but was instead owned by the Romanian government, according to the documents.

Romanian prosecutors initially declined to investigate citing a lack of evidence. But in July 2008, the country’s National Anti-Corruption Protection Service took over the case.

The university rector was charged in March 2009 with abusing his position and Popoviciu was charged with “complicity in abuse of position,” the documents show. Two months later, Popoviciu was hit with a bribery charge.

Popoviciu was convicted in 2016 but launched an appeal. He assembled a high profile legal team to fight the conviction, which included former FBI director Louis Freeh, according to a release from Freeh’s firm.

Yeah, Louis Freeh.  The former FBI director who left an awful track record at the FBI.  But I digress.

As for Joe Biden, he had close connections to Romania.

Romania was by then a familiar place to the Biden family. A close friend and former staffer of Joe Biden, Mark Gitenstein, held the position of U.S. ambassador to Romania from August 2009 to December 2012. In March 2012, Hunter’s brother, Beau, was asked to do the ribbon-cutting at the new U.S. embassy in Bucharest.

Vice President Biden visited Romania in 2014 and delivered a forceful speech against graft. “Corruption is a cancer, a cancer that eats away at a citizen’s faith in democracy,” he said. “Corruption is just another form of tyranny.”

As for Popoviciu, his case didn’t turn out well for him.  He was sentenced to seven years in prison.  It could be argued that if Popuviciu thought about using Hunter Biden’s connections to get him out of this mess that it didn’t work.

Anyway, turns out the Freeh’s law firm kept representing Popuviciu, but Freeh decided to get some extra help.  Freeh hired Rudy Giuliani last year to work on Popuviciu’s case.  And guess what Rudy argued?  Giuliani has argued that the Romanian government has been too zealous in dealing with corruption!

I imagine that Giuliani used the documents and files in Freeh’s law offices, and Giuliani found out that Hunter Biden had worked on this case.  It doesn’t take a real leap of logic to see how Rudy could dirty up Hunter Biden.  In fact, Giuliani has told the Media to be on the lookout for information about Hunter Biden and Romania.

Never mind that Giuliani is representing the same crooked Romanian. 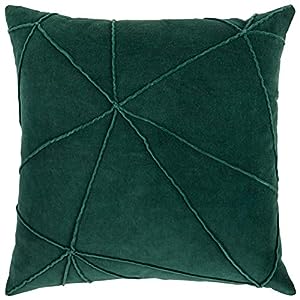