(This diary is based partly on information provided by The Daily 202 and JustSecurity).

Often times a timeline is useful in sorting out a complicated story, and Bog knows the Ukraine story is a complicated mess. I’ve thought about creating several timelines, but with this morning's diaries of Trump looking for a bus to throw Rudy under, it seems like a good moment to make a timeline of the Trump-Giuliani saga.

2019 Spring Giuliani advances his own business dealings in Ukraine.

2019 Mar Giuliani presses Trump directly, and indirectly through Pompeo, to get Amb. Yovanovitch firedfrom her job in Kyiv because she was blocking his efforts to get Ukraine to investigate the Bidens. She is recalled in May.

2019 May  Giuliani plans a trip to Kyiv to meet with Zelenskiy about investigating Biden. After a public uproar, he cancels the trip.

2019 Jul 25 In his now-infamous phone call with Ukrainian president Zelenskiy, Trump tells him several times to talk to Rudy Giuliani about the Bidens, that “Rudy very much knows what’s happening, and he is a very capable guy. If you could speak to him that would be great.”

2019 Aug 12 Giuliani rejects a proposed announcement by Ukraine because it doesn’t mention Biden.

2019 Sep 19 Giuliani denies, then 30 seconds later admits, that he tried to get Ukraine to investigate the Bidens.

2019 Sep 21 Ukrainian journalist and MP Serhiy Leshchenko accuses Giuliani of smearing him because he exposed the Manafort “black ledger” payments, and of making other attacks on Ukrainian anti-corruption efforts.

2019 Sep 29 Former Ukrainian prosecutor general Yuri Lutsenko tells the LA Times that Giuliani pressed him several times in 2018 and 2019 (dates unclear) to investigate the Bidens. Lutsenko says he told Giuliani each time that there was no basis for such an investigation.

2019 Oct 25 Politico reports that the DOJ criminal division is looking into Giuliani’s actions.

2019 Nov 13 Amb. Taylor and George Kent testify in open session that Giuliani was pressing Ukraine to open an investigation into the Bidens. Kent says Giuliani conducted a “smear campaign” against Amb. Yovanovitch. Both said that Giuliani was looking for political dirt and not promoting the national interests of the United States.

2019 Nov 20 Amb. Gordon Sondland testifies that Giuliani was acting at Trump’s direction in pushing Ukraine to open the Biden investigation. He also said that he and others didn’t want to work with Giuliani, but “We worked with Mr. Giuliani because the President directed us to do so.”

2019 Nov 21 Fiona Hill and David Holmes testify that Giuliani was on a “domestic political errand” with Ukraine on Trump’s behalf.

2019 Nov 26 Trump tells Bill O’Reilly he never directed Giuliani to go to Ukraine on his behalf. This is weasel language, of course.

In the interests of keeping this manageable, I’ve focused just on Giuliani and Ukraine, and even then left out some things. This is enough to get the picture.

One last comment: Although Giuliani has professed friendly feelings toward Joe Biden, I remain convinced that he still wants revenge for Biden’s cutting 2008 remark about Giuliani: “A noun, a verb, and 9/11.” Giuliani’s presidential campaign wasn’t doing all that well before that, but Biden’s crack certainly helped sink it. 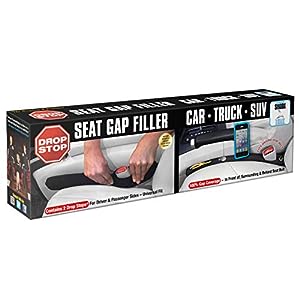