GOP AGs have been busy supporting the Trumpian delusion and sedition. The 1/6 Commission will have plenty of narrative content. Not unlike the mania for appointing Trump judges, the GQP AGs are a cabal that for some evangelicals, theocratically leads to a dominionist (fascist) state. Not unlike the QAnons who believe something, something about 4 March, these past and present GOP AGs have a faith that involves the willful destruction of democracy, if not a violation of their oaths of office. 14th Amendment solutions are obvious.

The Republican AGs’ bad behavior is not something new, but as they attempt to deny responsibility and distance themselves from one of the most unpatriotic and darkest days in our nation’s history, it’s important to understand just how coordinated and connected the Republican AGs were to the insurrection.

Here’s a quick overview of what’s included in this blog post:

There's been a lot of separate reporting, but here's a detailed timeline illustrating the un-American campaign waged by Republican AGs & the Republican Attorneys General Association these last 6 months.https://t.co/EJ8TGBZ0oH

AHEAD OF THE ELECTION:

November: Republican AGs (past & present) sow doubt around the results, attack democratic norms & attempt to overturn the results in PA

In 2022, there are more than 30 state AG seats on the map including many of the same Republican AGs who drove distrust in our democracy and supported the events on January 6, 2021 that led to a deadly attack.

Corrupt TX AG, Ken Paxton,trolling for a Trump pardon, joins a pact with 17 equally corrupted GOP state AGs to disenfranchise voters in 4 other states&declare Trump the winner of the already certified for Biden 2020 election. Vile Trump has birther lawyer https://t.co/cxojDGfKpx

Texas' Ken Paxton, who led the effort to overturn the election at the Supreme Court, is not among them. https://t.co/2ZEATLYxXm pic.twitter.com/v0YPgFgudP

This is a curious insight. A good insight. GOP State AGs now have cover. https://t.co/TTKNOnX0Te

Now GOP AGs are being used as a tool to test our laws and create precedence for "Trumpism" (non-compliance with federal laws, fascist impulses).

Do GOP AGs represent states or one man? https://t.co/fT0aEWey9U

corrupt politicians at every level of government.

To the extent that such a thing exists in DOJ, it was totally undermined by the partisanship of the GOP AGs.

It needs to be a stand-alone entity, not subject to political winds, with leadership that is universally accepted 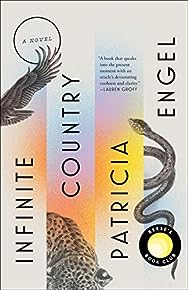