President Donald Trump is preparing to announce a second coronavirus task force solely focused on reopening the nation's economy, multiple sources told CNN. This now seems to be a trial balloon at present.

Making Arthur Laffer the economic recovery Czar could signal the depth of the coming recession.

OTOH dinner napkins will do double duty as masks with proper folding. Because Phase One = Tax Cuts. If Laffer chooses to tax non-profits, perhaps finally churches will get taxed, as some libertarians have suggested.

Heck, have Laffer share the role with fellow Medal of Freedom recipient Rush Limbaugh. Ben Carson can sew their heads together live on TV because tele-health.

Senior aides such as Treasury Secretary Steven Mnuchin and National Economic Council Director Larry Kudlow have been solely focused on the issue of restarting a wounded American economy for weeks, along with a coterie of aides.
But in recent days, inside and outside advisers have appealed to Trump to formally create a separate task force in order to streamline the process so it can focus primarily on reopening the economy. This task force would likely include senior staff from the Treasury Department, the National Economic Council, the Labor Department and the Department of Commerce.
But it wouldn't only have administration officials involved. There has been outreach to figures such as Gary Cohn, Blackstone CEO Steve Schwarzman, Art Laffer and even major sports teams and well-known athletes.
Disastrous jobs data sharpens Trump's dilemma over closed economy
Other Trump allies have proposed naming a recovery “czar” from the private sector to oversee efforts to revive the consumer economy and address unemployment after coronavirus forced the closure of businesses across sectors.
Influential conservatives have floated Laffer as the leader of the task force, and he has presented some ideas to senior White House aides on a plan to revive the economy. His plans have included a proposal to tax nonprofits, cut the pay of some public officials and offer a payroll tax holiday.
Trump awarded Laffer a presidential medal of freedom last year, but the White House hasn't yet offered him a position on a new panel, according to a senior administration official.
www.cnn.com/…
x

Related: You CAN'T reopen the US economy w/o widespread testing and tracking, economists, health officials, and even some WH advisers say: https://t.co/dfI5lxOwtr

If Singapore is any indication, even after we have flattened the curve, there is no assurance that the worst is behind us. Singapore's second wave came less than a month after the first wave. 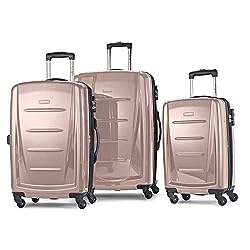