Hello, Representative Marjorie Taylor Greene (R-GA), who was Twitter-suspended because of the “borderline monopolistic stranglehold of Big Tech”. Whatever that is.

“The radicalization of the Republican Party has altered the world of conservative media, which is, in turn, accelerating that radicalization.”

Marjorie Taylor Greene – one of the most dangerous people to ever be elected to the US Congress (and that's saying something) is a QAnon supporter, a white supremacist, Islamophobic, anti-Semitic. Look how Elle article described her to see the fuckery white women get away with pic.twitter.com/8PgqRMFLGn— Mona Eltahawy (@monaeltahawy) January 17, 2021

In one tweet today, Greene falsely asserted that the presidential election was “stolen” in Georgia and falsely suggested that Dominion technology had made the vote count inaccurate.— Daniel Dale (@ddale8) January 17, 2021

In a statement to The Hill, a Twitter spokesperson confirmed that “the account referenced has been temporarily locked out for multiple violations of our civic integrity policy.”

Greene said in a statement Sunday that her suspension was the result of “the borderline monopolistic stranglehold a few Big Tech companies have on the American political discourse.”

I misspoke about the amount of money then-Vice President @JoeBiden threatened to withhold from Ukraine.

Here are his own words:

“If the prosecutor is not fired, you’re not getting the money.” pic.twitter.com/xikZCirMlZ

The drop off in GOP turnout from Nov to Jan was driven by Trump and most prominently in areas represented by Doug Collins and Marjorie Taylor Greene. These folks cost the GOP two senate seats and control of the Senate. Giving Biden and Dems a free hand. #gapol pic.twitter.com/TnmuV1CO9U— Gabriel Sterling (@GabrielSterling) January 16, 2021

In other insurrectionist news:

Statehouses ramped up security in anticipation of planned protests across 50 states, though there were no reports of major clashes by nightfall. https://t.co/DBbav5ODgd

New: The trove of more than 500 videos recovered from a largely pro-Trump social platform provides a uniquely immersive account of the violence and confusion as seen from inside the insurrection. https://t.co/QvHiFMcSxP

This is your daily dose of bizarre https://t.co/W4eUrIElHn

And the going price is $2 million for presidential pardons:

Trump is planning over 100 pardons on his final day in office amid mounting reports his allies are selling them. 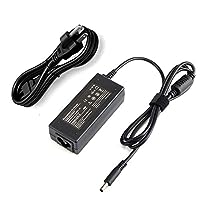