Now did you see the news today? They say the danger’s gone away. But I can see the fires still alight. They’re burning into the night   Land of Confusion   Genesis

My two youngest daughters love zombie movies, especially the Resident Evil franchise. Me personally? I can take ‘em or leave ‘e. I’m a huge fan of George Romero;s iconic Night of the Living Dead, and the sequels were OK, but after that, my patience wears thin. How many times ,and in how many different ways can you watch people get snowed under an avalanche of zombies?

I mention this not just because my poor, feeble mind is free associating again, but because I was forcibly reminded of it yesterday. And I was forcibly reminded of it mainly because, to me, that’s exactly what the Republicans looked like yesterday, in the wake of the sudden and total capitulation of Trump in his thirst for a border wall. You know that obligatory scene in any good zombie movie, where the stranded heroes are standing on the roof of a mall, or some other building, and they look down onto the parking lot? And what do they see? A bunch of nasty, disheveled, mindless creatures, stumbling around, bouncing off of each other, and just generally waiting for something living to chase down and eat. That’s what the Republicans looked like yesterday.

The easiest emotion to use to describe the Republicans yesterday, and today as well, is confusion. Basically what they looked like is a bunch of people who just got pulled out of a bus that was swept way in a flash flood. They’re gazing around with dazed eyes, and saying “What the fuck just happened?!? How did we end up here?” And personally, I find it funnier than hell.

Right now, Nancy Pelosi is basking in the glory, and well deserved. Every network, every hour, it’s “Man! Did Nancy Pelosi kick Trump’s ass, or what?” And she did, in spades. She ran him up the flagpole, and yet managed to make it look like an episode of “Schoolhouse Rock.” You know, the one about making laws and shit? But there was a bigger, but less obvious lesson that was taught in the last 35 days, and I’m wondering if this one will sink in as the fog of confusion slowly lifts from the eyes of the GOP lawmakers.

For the GOP, the paradigm just fundamentally changed. The comfortable, familiar terra firma on which they tread has shifted underneath them, like Alice falling through the looking glass. For at least the last 20 years now, the Republican party has had a very simple, yet effective governing strategy. Be dicks. That’s it. When you’re in power, be dicks, and rub the Democrats noses in the fact that you can be such obnoxious dicks. And when the Democrats occasionally take over power, be even bigger dicks. Be dicks so big that even King Kong would feel inadequate. Be dicks, and the Democrats will give you what you want, for one simple reason. Because Democrats care about people, and they don’t. They’re dicks.

This whole government shutdown was supposed to be just one more in an endless display of dickishness. Be dicks, and when government employees start losing their homes, and the TV is full of images of their hungry children crying, the Democrats will cave and give away the candy store. Again.

But not this time, this time was different. Usually, when they’re being dicks, the Republicans cloak their dick moves in some phony cloak of concern and respectability. But not this time. Once again, Donald Trump fucked up the script. Trump came right out on national television and told Nancy Pelosi, along with the rest of the world, “Hey! I’m gonna be a dick! I’m gonna be the biggest dick you ever saw! And I’m going to be so proud to be a dick that it’ll make me an even bigger one!” And God forbid that people like Mick Mulvaney and Wilbur Ross should be excluded from the fun. “Come on, shut up you crybabies! Can’t you see we’re busy being dicks here? We don’t care!”

It backfired. It backfired because, for once, the Democrats didn’t have to try to point out to everybody what total dicks the Republicans were being. They came right out and told the country, “We don’t care about you! So, waddaya gonna fo about it?”The government workers, along with everybody else in the country, finally figured out that they had never slipped and fell all of those other times, Lucy really had pulled the football out. Every goddamn time.

The Republicans finally outed themselves, and this time it’s for keepsies. The good old days of blithely spinning being a dick with cheap platitudes are over. The people have a new hero, and it’s the Democrats.The Democrats called it what it was, and stood united for the people. They won’t have to convince people anymore when the GOP pulls a dick move, in fact it’ll be exactly the opposite. From now on, when the Republicans want to do something that may cause some national pain and discomfort, they’ll no longer have carte blanch to just go ahead. Instead of the Democrats having to prove that the GOP are being dicks, it’s the GOP that is going to have to come up with actual proof that they’re not being dicks. And politically, it makes all the difference in the world.

Donald Trump is rapidly becoming the dictionary definition of “unintended consequences.” First, he got elected, and awakened a revival in the necessity of civic engagement in politics, which led to an entire new generation of citizen-politicians, and Democratic control of the House. Now, he’s pulled the wool off of everybody’s eyes, while they’re already all engaged and shit, and exposed the Republican party for what it really is. The only ones who are unaffected by all of this are the true Trump supporters. Their battle cry is still the same, “Are we dicks, or what?!?” 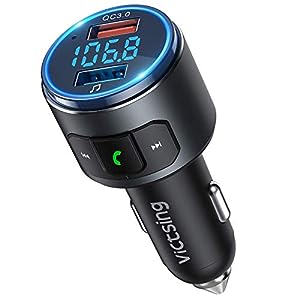