To be perfectly blunt, I think Kylie and Kendall Jenner are simply awful people. Both are the personification of privilege, and act the part as well. Neither are particularly gifted in any way, and it’s extremely unlikely they would ever have made it in the industry without their famous last name, vast family wealth, and pre-established contacts. This is unfortunate, because they are both as harmful as they are successful.

Kylie Jenner is notoriously rude and helped enable one of the worst sexual predators in the industry. She is also accused of endorsing shady products to her followers that she credits for radically altering her appearance — not plastic surgery, of course.  Mind you, I’m not opposed to plastic surgery, but I am opposed to the sharp rise of young girls aged 13-17 getting cosmetic procedures done to emulate these models. Specifically, there has been a rise in botched lip injections among teens trying to copy what Kylie did when she was just 16.

Kendall is not much better. She, along with Kylie, seemingly has no scruples when it comes to making money.  Both of them blatantly exploited and profited off of musical icons.  Kendall also told her followers to attend a scam festival without disclosing that she was paid an obscene amount of money for posting about it.  Finally, Kendall is a bit of a jerk: she is constantly being called out for cultural appropriation and refuses to stop; isn’t keen on tipping servers; and she infamously took the starring role in one of the most offensive ads of all time that made light of the BlackLivesMatter movement.

Yet it’s not easy being her, as she tweeted out:

Jeez, how much easier can things be made for you?

Both Jenners, however, ALWAYS make the covers of national magazines. The media consistently dotes on them, either with gushing drivel that praises their “hard work” or, as Forbes tried to do, heaps unearned praise with this stupid “self-made” narrative:

The magazine calls her a “self-made billionaire”.  She is none of those things.

This brings me to Pat McGrath.

Born to a Jamaican single mother with absolutely no connections, Pat McGrath made a name for herself by perfecting her craft.

Her cosmetics company, in two short years, has been valued at over one billion dollars.  It surpasses Kylie’s, which is worth around 800 million. Unlike the Kardashians, she’s actually a positive role model.

In fact, she is one person you won’t see on the cover of any business or beauty magazine.

The question is…. why?

Pat McGrath, the Most in-Demand Makeup Artist in Fashion, Has a Billion Dollar Brand, too, You Know. https://t.co/ed5nHjMLIx pic.twitter.com/kEKcFnCZew

Pat McGrath has a fascinating story, and she is the definition of hard-working and resourceful. While she was growing up, she found it damn difficult to find cosmetic shades for dark-skinned women—so much so, that she was sometimes forced to use cocoa powder as foundation.

She obsessed over her work, and through raw persistence and talent, was able to make a small name for herself in the beauty industry.  Every single time she was handed a challenge, she crushed it. Eventually, she was allowed to lead the makeup for the models of Fashion Week, and was so successful that she ran over 60 shows.  Allure magazine stated she “set nearly every major makeup trend” in the industry.

In 2015, she launched her own company, Pat McGrath Labs. It started with limited editions, but has since expanded into a permanent collection in 2017. This year, it surpassed the billion dollar mark.

I’m sure McGrath doesn’t care if she makes the cover of Forbes, but I do. I care that almost no one has heard of her, but everyone knows Kylie Jenner. Why? McGrath should have surpassed any standard of acknowledgement. Is her achievement less worthy?

Walker not only developed, but also marketed a line of hair care products and cosmetics directly to black women. She sold them through her company, Madam C. J. Walker Manufacturing.

100 years later, cosmetic companies are still tone-deaf to the fact that there is a fortune to be made catering to black women. A 2009 report found that black women in America spend $7.5 billion a year on cosmetics.

Unfortunately, the cosmetic industry is predominately geared towards fair skin. The marketing is there, but the products aren’t. This is where the industry fails, and fails again.

“Brands are also increasingly marketing to Black women. But it’s not enough to slap Lupita or Kerry or Zendaya’s face on your ad and call it a day — you have to also deliver with the product.”

There’s a goldmine opportunity out there, and massive fortunes to be made. It’s true that you may not make the cover of any magazine, but I think that a billion dollars seems to be a pretty good trade-off. 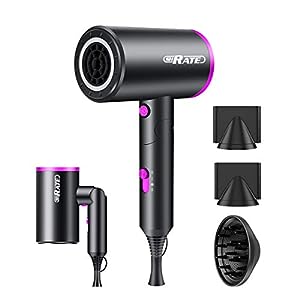