I’d like to crowd source reaction to the following proposed list of questions — because we don't have much time to prepare for confirmation hearings.

The questions are not said with hope of derailing the nominee, but recognizing (very much so) that the confirmation hearings are part of a larger political debate/audience and Dems need to make the most of it.

These questions center on Roe v. Wade.  They purposefully do not ask for a specific answer on how the nominee would rule on a subsequent Roe challenge (because she will easily demur), but instead ask questions concerning her views on the role of precedent (or stare decisis) and, more fundamentally, on what limits, if any, she believes to exist on the current Justices’ authority.

Broadly, the questions turn on two key themes: (i) is nominee Amy Comey Barrett aware of any example where a previous Supreme Court recognized a personal liberty right and then a subsequent Supreme Court took that liberty right away from citizens?, and (ii) if a precedent concerning a personal liberty right is reaffirmed for decades, and by the bipartisan, overwhelming majority of prior Justices, does that require a Constitutional amendment to overturn (not a new, transitory S. Ct. majority)?

Q.   In 1973 the Supreme Court recognized a personal liberty right of women to obtain an abortion.

As just one example year, in 2012, the U.S. had 75.4 million women who were in their child bearing years and thus protected by the liberty right recognized by Roe.  So, Roe’s constitutional protections have applied to hundreds of millions of women over 47 years.

What Constitutional authority are you aware of for the Supreme Court to take away a personal liberty right recognized for decades? [I wrote about this during the Kavanaugh nomination.]

Q.   As to personal liberty rights, I want to question you about your understanding of the role of precedent and the limitations on the power of any one Supreme Court — which you have written about and discussed publicly.

Again, using Roe v. Wade as a background.  As to Roe: (put these on a visual):

Q.    Again, with that background, are you aware of any instance where one Supreme Court took away a personal liberty right protecting hundreds of millions of people over decades (and with bipartisan support)?

Q.     Please explain how each factor listed above would or would not weigh against reversing such a decision?

Q.     Do you believe that any transient 5 vote majority can overrule a 47 year old Supreme Court precedent with express support of 72% of the previous Supreme Court Justices?   On what basis?  With what limitations?

Q.     KEY:  You have written previously about the force of prior precedent.  In this example, we have an overwhelming majority decision, recognizing a personal liberty right, reaffirmed repeatedly, on a bipartisan basis, for over 45 years, affecting hundreds of millions of people in the past and countless more in the future, on the most personal basis, that has been supported by approximately 72% of the previous Justices.

At this point, do you agree that opponents of such a decision need to pass a Constitutional amendment, rather than assemble a transient Supreme Court majority?

—   If not,  how is your conception of the Supreme Court not acting as an ad hoc, unauthorized “Constitutional Convention”?

___  How is your view consistent with democracy? How can the Supreme Court’s legitimacy survive such a view more than a few years?

____ Why bother to have a separate Constitutional amendment process?

Thanks.  I tried to write the questions carefully but please edit.  And — please don't say none of this matters or she will lie or dodge.  We are going to have hearings.  The hearings are going to be part of the larger political discussion (for many years).  The goal is not always to have an unrealistic “You can't handle the truth” moment.  Some of the goal is to force the nominee, on the spot, under oath, to answer uncomfortable questions — and then uses those answers in the broader and subsequent political fight. 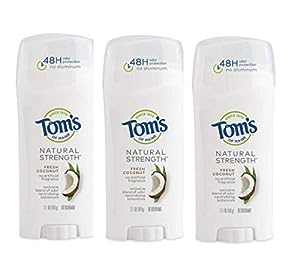