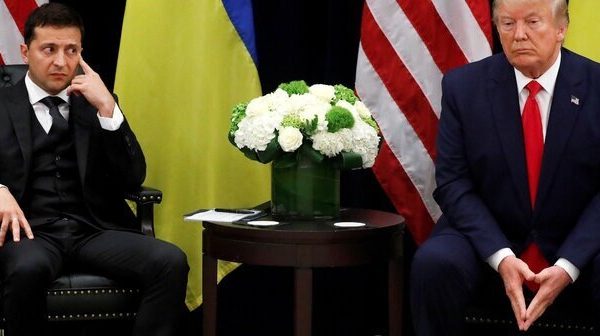 Since the beginning of the year, Trendency has been tracking the views and opinions registered voters hold when it comes to the impeachment of President Donald Trump. This was not a question we asked very often, since there was very little movement among voters on this question throughout most of the year. All of this changed towards the end of September when news of the whistleblower broke and Speaker Nancy Pelosi announced that the House would begin an impeachment inquiry around the President and his dealings with Ukraine. We then started collecting data on this question on a near daily basi

On September 23rd, Trendency found that registered voters were closely divided on whether the president should be impeached. A few days later, after the White House made the summary memo of the call between President Trump and President Zelensky public, voters’ views began to shift in ways that we had not seen for months around this question. The next two months saw both private and public testimony given by witnesses and widely reported on; the White House instructing members of their staff to not cooperate; and more than a few changes in testimony. It also provided some fascinating movement in opinions, the surfacing of key cohorts of voters, and daily movement in opinion which was fascinating to see.

For those readers who are not familiar with our approach, Trendency convenes audiences on our platform and asks members of the audiences to log in about once a week to answer a short series of questions (typically 8 to 10). These questions are not asked in a binary fashion (do you support or oppose impeachment proceedings) but instead captures the level of support an audience member has for each position or response (what percent of the time do you support impeachment and what percent of the time do you oppose impeachment). This allows us to understand not just where an audience member leans, but how strong that position is, and how the strength is changing over time.

Over Phase I of the impeachment of President Trump (this phase runs from the announcement of the inquiry through the start of the public hearings in the Intelligence Committee), our tracking found that the average allocation of support increased by six points while the allocation for opposition had lost three points. As you can see in the chart below, this movement was not steady and there were daily fluctuations in overall opinion.

Looking back at the events that led us here, we can glean some understanding of how the public’s perceptions have changed. Before Speaker Pelosi’s announcement on Sept 23, the allocation for supporting impeachment was an average of 46%. At this the whistleblower complaint had been in the news and the public was somewhat aware that a phone call to the President of Ukraine was involved. The public wasn’t fully aware of the administration’s interactions with Ukraine, or of what exactly the whistleblower was alleging, only that a report existed. The following day, as more information became available, Speaker Pelosi announced an impeachment inquiry and thus triggered our first series of events, including the White House publicly disclosing the Trump-Zelenzky June 28th summary report and the whistleblower complaint.

The public was now starting to catch on that this story was different, and support for impeachment slowly grew—although not dramatically (49% from 46%). At the same time, opposition to impeachment remained more consistent, with the average only dipping one point over this time period.

Over the next week support for impeachment grew: three points in total by October 10th. Opposition also decreased over this period, but by just one point. We are now two weeks into the impeachment inquiry and the President’s statements following the only two pieces of evidence the public had increased the average support for impeachment from 46% to 52%–an increase of six points, which is significant to say the least.

The following week, however, the Turkey-Syria border conflict bumps impeachment from the top headlines and we saw support for impeachment drop slightly to 50% and opposition increased back to 50%.

While there are several mishaps by the Administration in terms of messaging, most notably acting Chief of Staff Mick Mulvaney’s press conference admitting a “quid pro quo” then immediately walking it back over the weekend, it’s not until the public begins to see new evidence does opinion start to shift again.

Over the next month, testimony of administration officials begin in the Intelligence Committee behind closed doors. While the hearing are not open to the public, information from the testimony beings to make its way into the press, starting with recently appointed Ambassador to the Ukraine and career diplomat Bill Taylor, who testified that U.S. aid to Ukraine was tied to the country’s willingness to investigate Hunter Biden (former VP Joe Biden’s son). Democrats around this time also make the text messages public between Ambassador Bill Taylor and two Trump political appointees, showing the “quid pro quo” happening in real-time.

As we can see in the chart above, support for impeachment begins to fluctuate slightly ranging between 50 and 53% average allocation. Similarly, on the opposite side of the equation, opposition also was bouncing around a bit from a high of 38% to a low of 35%. During this period there were a few momentary dips in support, or at least a steady state, when other headlines seem to break through the media coverage of impeachment, most notably the President’s announcement that the leader of ISIS/ISIL had been killed on Oct 28 in the U.S. led assault.

By the time we reach the public impeachment hearings began (Nov. 13) overall support for impeachment was at 52%, with the opposition holding relatively steady at 37%. This represents an overall growth of six points on the support side and opposition decreased by two points. However, as the charts above show, this was not a steady increase and decrease, by any stretch.

With the overall numbers showing growth during Phase I, expectations could be that Democrats were leading this growth, but while growth among Democrats did occur, they had the lowest level of growth. Indeed, average support for the impeachment proceedings from self-identified Independents increased by ten (10) points throughout this period, while average support from Republicans increased by seven points. This is compared to six points of growth from Democrats. Not surprisingly, Democrats have the highest level of support for impeachment, with a 78% average allocation at the end of Phase I, while Independents ended at 44% and Republicans at 29%

Independents had a large initial jump once details of the phone call started to come out and Speaker Pelosi announced the inquiry. Then from President Trump’s public call for China to investigate in Week 2 until just before the announcement of ISIS/ISIL leader’s death in late October there was a relatively steady growth in support for impeachment. Interestingly, the increase in support for independents stalled around October 25th which was also a point where Republican support dipped. It is tough to know for certain what exactly caused this, but the 25th was the day that Attorney General Bob Barr announced an investigation into the FBI. It is quite possible that this storyline was being pushed more frequently on news platforms favored by Republicans and conservative-leaning independents.

The last couple days also was an interesting period for Independents. From November 7th until the 12th as more information was making its way into the public discourse, both Democrats and Republican support for impeachment grew, while Independents showed a steady state in their opinions.

Throughout this period there are many demographic groups that had interesting movement during certain portions of Phase I, but one of the most surprising results ended up coming from college-educated white men. When we first started tracking impeachment support and opposition, college-educated white men had an average of 52% opposition to impeachment and only 41% support. By the time we reached the public hearing, they had flipped: 54% support impeachment and 40% oppose. As you can see in the chart above, the linear average show the overall pattern of growth for support during this period. An while the growth was not steady, it is clear that from the time the two lines crossed right around October 1st, there were more periods of an increase in support for impeachment than retraction of this sentiment.

For starters, when comparing college-educated white men to other white voters, we see below that this group has a much lower concentration of members who are strongly in support or opposition to impeachment. This is not to say that their opinions are fickle, but more that there is more nuance in their views. The images below measure the intensity of views of support throughout the inquiry before the public hearing. Since panelists are allowed to allocate between both support and oppose, we can see identify voters that have strongly held positions compared to those with more mixed views

The dark red and blue in the images above represent high levels of intensity during the inquiry. As we can see, when it comes to non-college white voters (both men and women), and college-educated white women – their views are strong. This is the same for minority groups as well. However, the light red and blue levels indicate a more mixed view – voters here are more divided on the issue. And as we can see, college-educated white men have a significantly weaker opinion over time than their counterparts. It’s important to note here though that while their support has grown, but in terms of intensity and overall, the fact remains that this cohort was far more fluid, and they are more likely than any other group to change their position.

In our next installment, we look at how public opinion shifted once we moved into the public hearing phase of the Impeachment Inquiry.