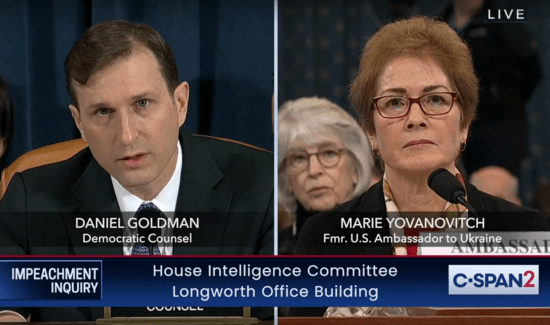 Commander-in-Chief claimed he was working, then went golfing. There will be media distractions with an impending DPRK missile launch, but we are reminded that the funny business with the Three Amigos was more about fossil fuel than the media framing of a “perfect call”.

Asked by a member of the military this morning about his holiday plans, Trump said, Ã¢Â€ÂœI really pretty much work. ThatÃ¢Â€Â™s what I like to do.” This afternoon, he went golfing again.

From the times on @WHPublicPool reports, Trump went off to his golf business just minutes after lying to the troops that he was working.

– Motorcade departed MAL at 10:04 am (Trump leaving for his golf business)

“Trump revealed, in a video conference with US troops to deliver Christmas greetings that, despite it being the morning of 24 December, he had not yet bought his wife her Christmas present. Then he left for his golf course.”#MaritalBliss
https://t.co/NxXXqFqHFZ

President Donald Trump has pushed his taxpayer-funded golf tab past $118 million on his 26th visit to Mar-a-Lago, his for-profit resort in Palm Beach, Florida, with a Saturday visit to his course in neighboring West Palm Beach.

The new total is the equivalent of 296 years of the $400,000 presidential salary that his supporters often boast that he is not taking.

And of that $118.3 million, at least several million has gone into Trump’s own cash registers, as Secret Service agents, White House staff and other administration officials stay and eat at his hotels and golf courses.

At this exact point in former President Barack Obama’s first term, he had spent 88 days on a golf course. Saturday was Trump’s 227th day as president on a course that he owns. If Trump continues golfing at the pace he has set in his first three years, he will surpass in just one term the total number of days Obama spent golfing over two full terms — despite having repeatedly criticized Obama for playing too much golf and having promised, as a candidate, that he would be too busy to play any golf at all.

Trump, who spent hours last night and this morning live-tweeting Fox News, tells the troops “I'm at a place called Mar-a-Lago. We call it the 'southern White House' because I really pretty much work. That's what I like to do is work.” pic.twitter.com/FTlnYOE2c9

Ã¢Â€ÂœHow you do one thing is how you do everything…Trump doesnÃ¢Â€Â™t just cheat at golf. He cheats like a three-card Monte dealer. He throws it, boots it, and moves it. He lies about his lies. He fudges and foozles and fluffs.Ã¢Â€Âhttps://t.co/RKPbBX8LlH

KYIV, Ukraine — In a back corner of the swank H Bar in Houston, near a huge photo of Brigitte Bardot with a dangling cigarette and a deck of cards, two Russian-speaking men offered a Ukrainian gas executive what seemed like an outrageous business proposal.

Andrew Favorov, the No. 2 at Ukraine’s state-run gas company Naftogaz, says he sat on a red leather bench seat and listened wide-eyed as the men boasted of their connections to President Donald Trump and proposed a deal to sell large quantities of liquefied natural gas from Texas to Ukraine.

But first, Favorov says, they told him they would have to remove two obstacles: Favorov’s boss and the U.S. ambassador in Kyiv, the Ukrainian capital.

What he didn’t know as he sipped whiskey that evening was that high-ranking officials in the Ukrainian government were already taking steps to topple his boss, Naftogaz CEO Andriy Kobolyev. And two months later, Trump recalled U.S. Ambassador Marie Yovanovitch, a career diplomat with a reputation as an anti-corruption crusader.

The gas deal sought by Lev Parnas and Igor Fruman never came to pass. But their efforts to profit from contacts with GOP luminaries are now part of a broad federal criminal investigation into the two men and their close associate, Rudy Giuliani, Trump’s personal attorney.

The Associated Press reported some details in October of the brash pitch that Parnas and Fruman made to Favorov in Houston. But in a recent series of interviews with the AP in Kyiv, Favorov painted a more complete picture of his dealings with Giuliani’s associates.

His tale, corroborated by interviews with other key witnesses, reveals that the pair continued to pursue a deal for months. The campaign culminated in May, at a meeting at the Trump International Hotel in Washington that included a lobbyist with deep ties to U.S. Energy Secretary Rick Perry and a Republican fundraiser from Texas close to Donald Trump Jr. Three people with direct knowledge of that meeting described it to the AP on condition of anonymity because some of the players are under federal investigation.

(43163)
$0.00 (as of May 20, 2022 07:46 GMT -04:00 - More infoProduct prices and availability are accurate as of the date/time indicated and are subject to change. Any price and availability information displayed on [relevant Amazon Site(s), as applicable] at the time of purchase will apply to the purchase of this product.)